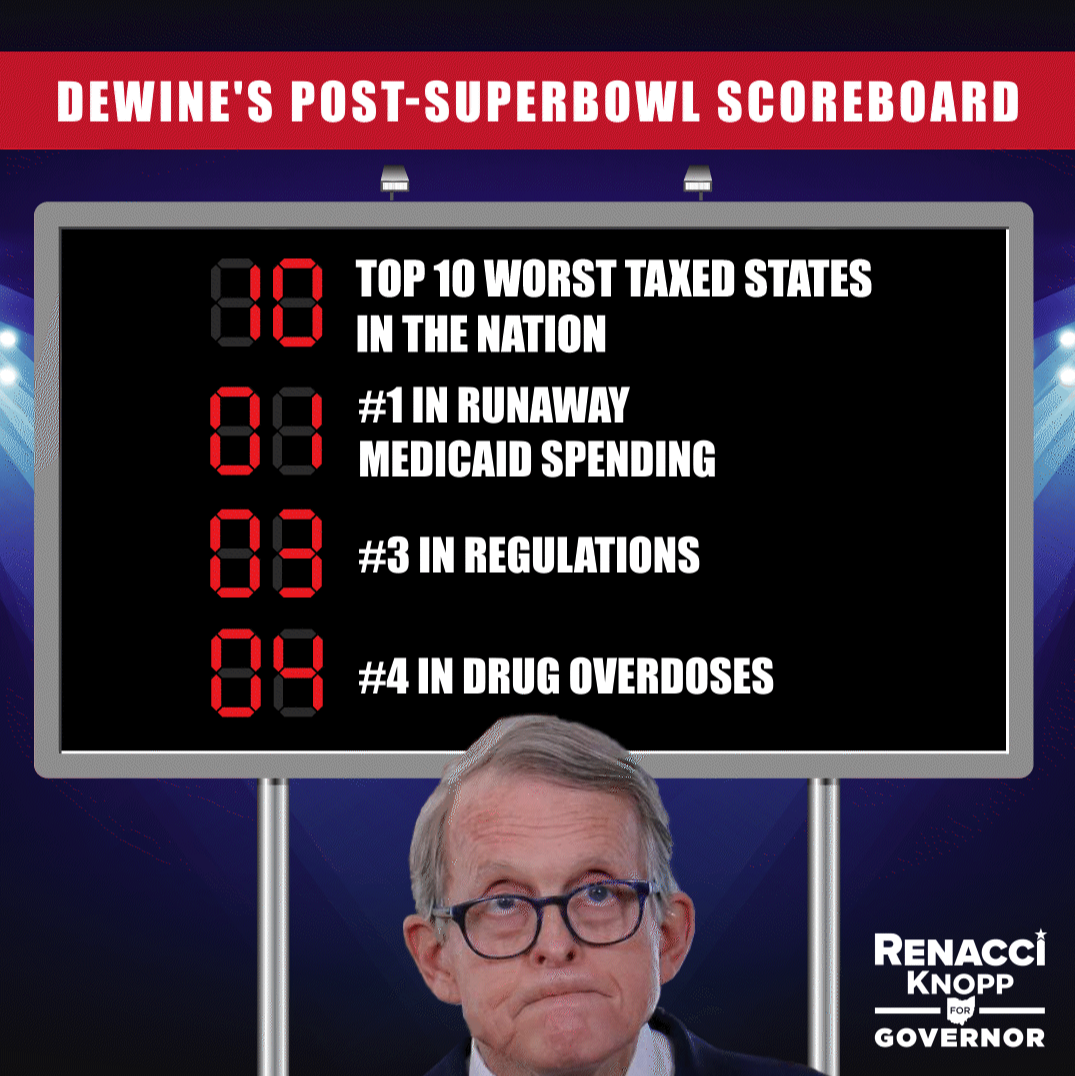 Ohio ranks #1 in runaway Medicaid spending. According to a recent report from WalletHub, Ohio is the highest ranked state in the country for Medicaid spending as a share of the state budget. That same study found the quality of Ohio's Medicaid program to be ranked just 22nd.

Ohio ranks #3 in most-regulated states. A recent report from the Mercatus Center found Ohio is the THIRD most regulated state in the country, by number of restrictions, behind New York and California.