DeWine likes to say that Ohio's economy is "surging." The facts don't add up. According to the Columbus Dispatch, Ohio has only "recovered about 80% of the nearly 900,000 jobs lost" from DeWine's lockdowns "and has about 160,000 fewer workers than it had two years ago."

More alarmingly, the Dispatch notes "both have been slower to come back than the overall U.S. economy." While Republican-led states are driving the U.S. economy, Ohio under Mike DeWine is lagging behind with deep blue, Democrat states like Illinois and New York. 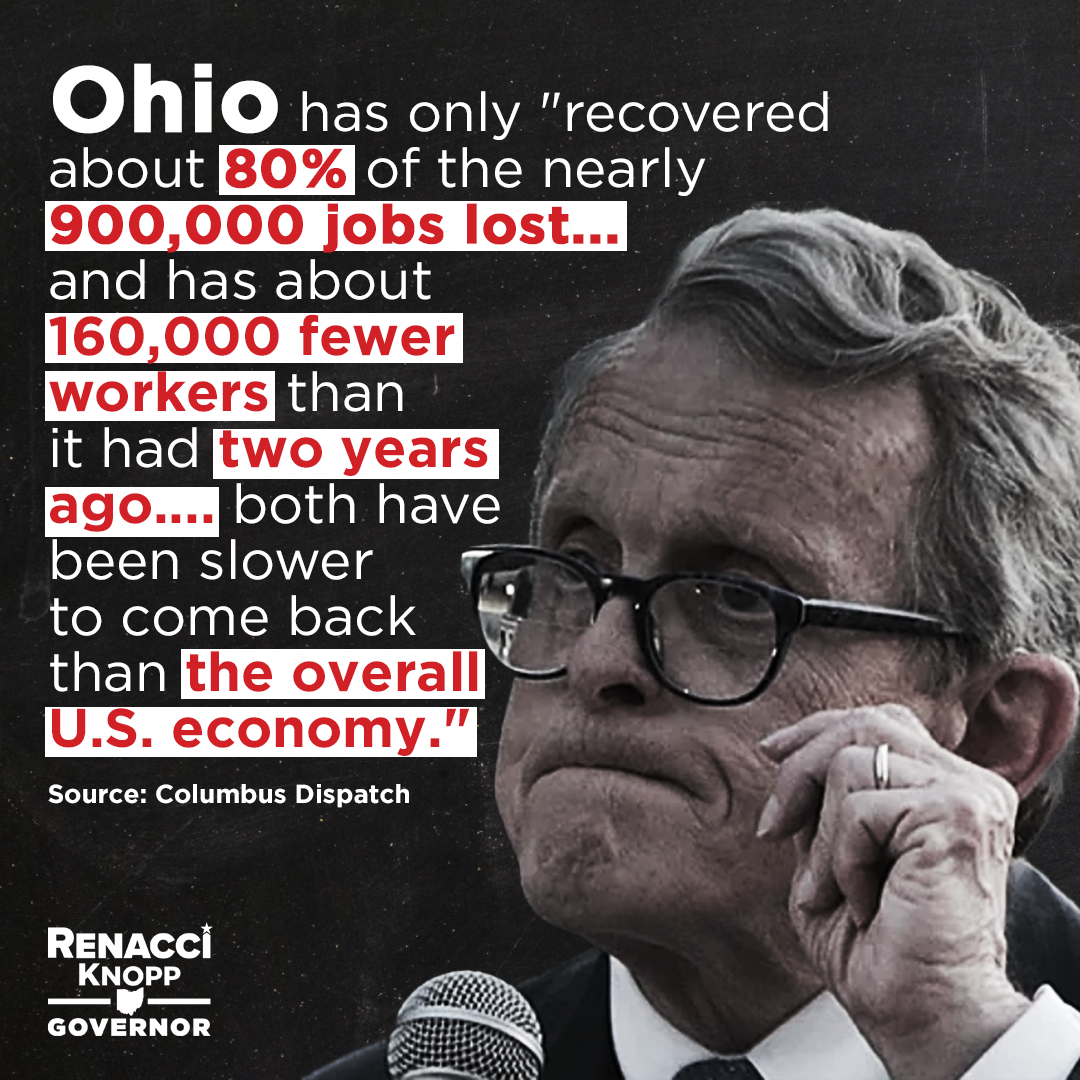 Under Mike DeWine's leadership, Ohio's economic "recovery" looks more like California or New York than Texas or Florida. Perhaps if Mike DeWine hadn't been the "lone wolf" who defied President Trump and other smart Republican governors by aggressively and unnecessarily shutting down Ohio, our state's economic recovery would be in a much better place. Perhaps if Mike DeWine worked to make Ohio a top state to create jobs and open businesses, instead of one of the top ten worst-taxed states in the U.S., Ohio's economy would be leading the country, not trailing behind.

"Mike DeWine has led Ohio like a blue state liberal and it's showing in our sluggish economic recovery. DeWine should be honest with the people of Ohio that his approach to our economy is fundamentally broken. As governor, one of my top priorities will be to boost confidence in Ohio's economy, cut spending, reform the tax code to make it competitive again, and get jobs and businesses back to our state."