Thanks to DeWine, Ohio's economic recovery is NOT 'going as well as any other state.'

While visiting a business in Alliance, Ohio, Lt. Gov. Jon Husted claimed that Ohio's economic recovery is "going as well in Ohio as it is in any state in the country."

This is false. Ohio's recovery is not going "as well as any state." In fact, Ohio is not even listed among the top 20 states for job recovery. While other states led by Republican governors have already recovered all jobs lost during the pandemic - or are getting close - Ohio is still nearly 200,000 jobs behind. 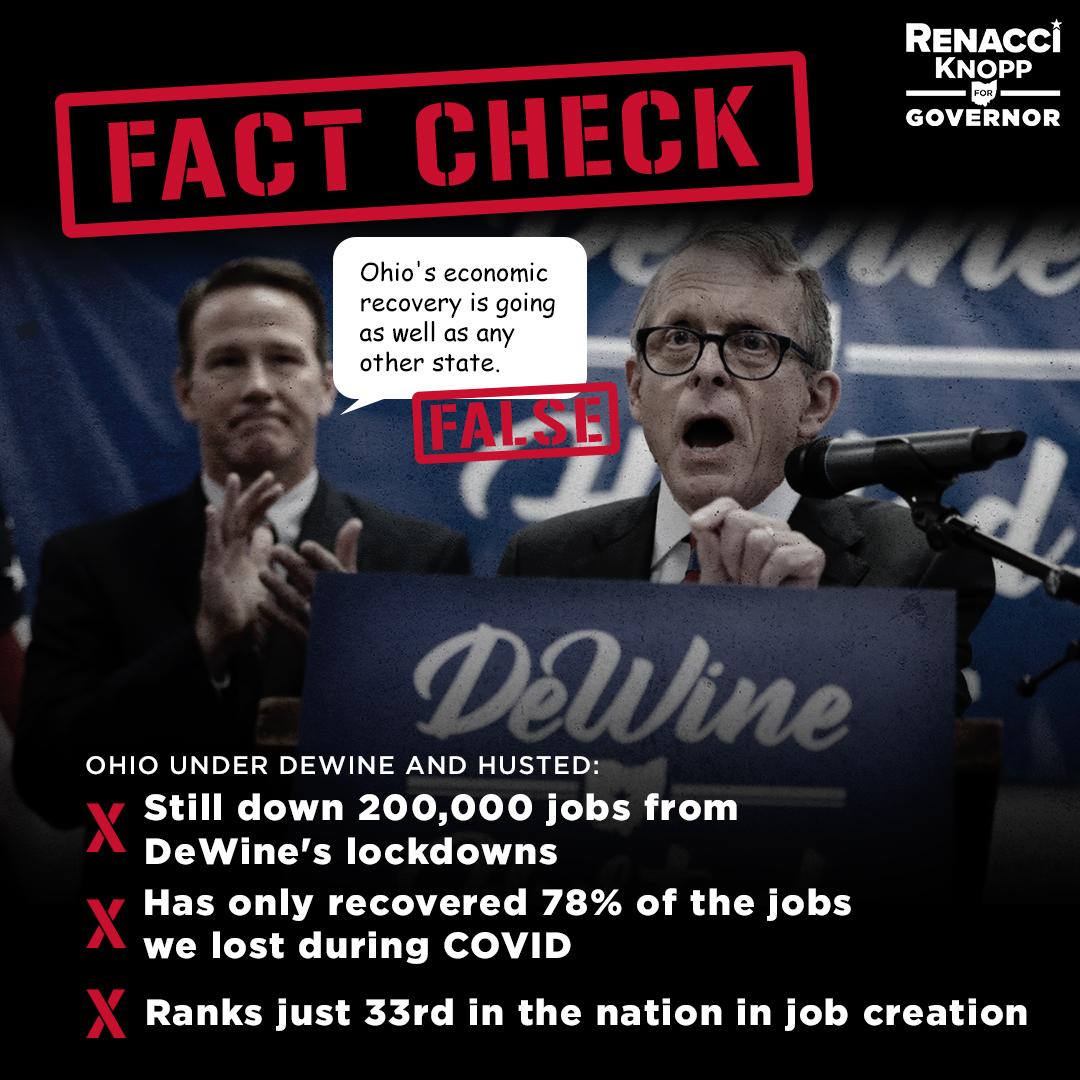 Under Mike DeWine's leadership, Ohio looks more like California or New York than Texas or Florida. Perhaps if Mike DeWine hadn't been the "lone wolf" who defied President Trump and other smart Republican governors by aggressively and unnecessarily shutting down Ohio, our state's economic recovery would be in a much better place. Perhaps if Mike DeWine worked to make Ohio a top state to create jobs and open businesses, instead of one of the top fifteen least-business friendly states in the U.S., Ohio's economy would be leading the country, not trailing behind.
Jim Renacci released the following statement:
"I see why Mike DeWine and Jon Husted are afraid to go out and actually campaign. It's hard for them to defend their record of failure without saying something false. Hundreds of thousands of Ohioans had their jobs killed and businesses destroyed by Mike DeWine's unnecessary blue-state lockdowns, and no amount of spin or distraction will cause Ohioans to forget the pain they suffered through because of it. Even today, DeWine is still fear mongering over COVID and dampening Ohio's recovery. As governor, one of my top priorities will be to boost confidence in Ohio's economy and get jobs and businesses back to our state."