NEW AD: MIKE DEWINE VOTED FOR AMNESTY ALONG WITH CLINTON AND OBAMA

Cleveland, OH– Renacci for Ohio released a new ad highlighting Mike DeWine’s failed record on illegal immigration—voting alongside Hillary Clinton and Barack Obama to grant amnesty for millions of illegals, allowing illegals who were granted amnesty to collect Social Security, and authorizing foreign workers to take American jobs. DeWine sold Ohioans out when he was in the U.S. Senate, and he is doing it again as Governor. 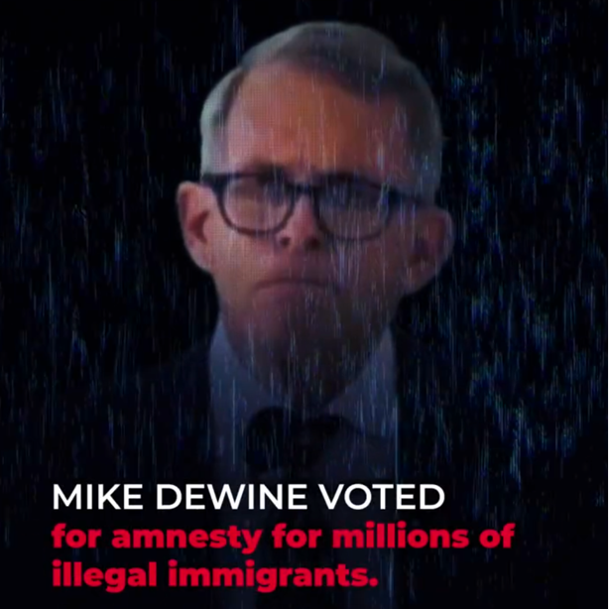 Text of the ad:

Mike DeWine voted for amnesty for millions of illegal immigrants.

Mike DeWine is a RINO who sold out Ohio workers in the Senate.

Now he’s doing it as Governor.