Ohio Republican gubernatorial candidate Jim Renacci released the following statement in response to the closure of the Tenneco facility in Kettering, OH:

"The closure of the Tenneco facility in Kettering, and the loss of nearly 700 jobs, is a devastating blow to Ohio workers. This gets us nowhere close to recovering the hundreds of thousands of jobs Ohio lost under DeWine's lockdowns.  There's no excuse for seeing headlines like this right now. At a time when other Republican-led states are leading the way in job creation, Ohio's economy under Mike DeWine's failed leadership has stalled. Our state isn't even in the top 20 states for job growth. Like the countless Ohioans he's put out of a job, Mike DeWine just isn't working. As your Governor, I will stop wasting taxpayer money on programs like JobsOhio, which funnel money to the well-connected cronies, and start investing in actual jobs in communities like Dayton, Youngstown, Toledo, and Steubenville." 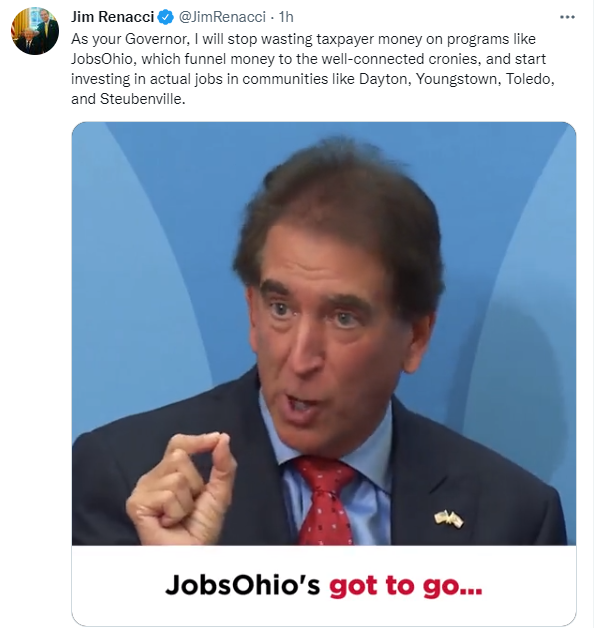